Back. Again. For Real. 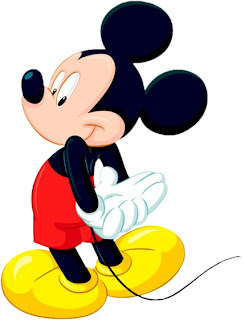 Weird how life works, isn't it?  I have spent the last 6 months of my life, basically unemployed.  I am a writer/copywriter who has been laid off twice since this recession started.  I have depended on freelance jobs, small contracts, and other oddities to make money.  And, in what is the worst of it for me, I have depended on my now-husband's salary to get by, too.  I hate that.  I have always been staunchly independent, proud of my own successes, and able to make my own money, and I have hated myself for needing his help.  In summary, with the freelance market overstuffed with other unemployed, laid-off writers, this recession has sucked for me.

For some reason, when I am given too much of a "good" thing, I end up abusing it.  I was given 6 months of free time, time I could have been running and training every single day.  Instead, I have felt stifled.  Stuck on the sofa in front of my laptop applying for every job that even hints at my skill set and a few too many that don't.  I felt guilty every time I stepped away, thinking I might miss the next contract or permanent position that popped up on Monster if I left the house for an hour.  The result of this, as you can imagine, is that I felt even worse.  And of course, Mike has been nothing but supportive, and that gets twisted in my messed-up mindframe and makes me feel worse, too.  Then I got injured. And didn't have the best insurance coverage.  And so I just didn't work out.  And that made me feel WAY worse.

For the past few weeks, I have been riding my bicycle about 100 miles a week.  It doesn't hurt me, it gets my heart rate up, and it gets me off of that godforsaken sofa and into the world where, even though no one is paying me for it, I feel like an actual member of society.  Not necessarily a productive member, but I'm a member all the same.  I see other people and they see me, some even wave as they pass.  I'm not invisible!  I'm a real person, even without a paycheck, I think.  I know I'm real,  because that guy just waved at me.  And that one lady smiled.  And the wind whips through my helmet holes as I crank it up to 24.88 miles an hour and feel real.

I think we underestimate what this recession has done to a large portion of our society.  I am not among the worst-affected for sure.  Mike does well, and we have been hanging in there and were even able to throw a pretty fun wedding, albeit on a shoestring. We have struggled, but we are still sheltered and fed and safe.  I do not take that for granted. What sucks is that, in addition to the being unemployed part, this recession makes people like me and the people who have it even worse feel useless and it takes away some of our intellectualism our sense of belonging in the world. And that's not fair because it already took away our paychecks.

This may sound weird, but I feel like if I hadn't forced myself out there on my beloved bicycle, Queen Latifah, if I had just remained on the couch stalking job boards and feeling sorry for myself and acting desperate, well, then no one would have wanted to interview me or hire me or call me back.  I wouldn't have seemed real to them without that windblown look, or that formerly broken sense of determination back in my eyes.

The best part of it is that with all the free time in the world, I barely made myself get a workout in, but suddenly with the promise of a routine in front of me, I am game.  I feel like me again.  And I'm back.

I have three sprint triathlons in August, starting tomorrow, that I am really excited about.  Or I should say, I am excited about the swimming and biking.  I am scared of running right now.  It hurts. And that sucks.  But, I am gradually trying to build back up and get where I need to be.  I missed Zooma, which made me sad, but there was no way I could have run it.  I will reschedule, and as of Monday, I am starting my full marathon training program to get me ready for my newly-selected marathon in January 2011 (still within a year, but this injury has forced me to make some schedule changes). DisneyWorld Marathon, Florida, here I come.  January 9th.  I'm already registered!!

I knew this goal was going to be difficult to meet when I set it.  That is why I set it, among the many other reasons I've mentioned before.  I know I will still accomplish it, although I readily admit that I underestimated how sidetracked I could get by getting married and being unemployed, and in general not feeling quite like myself.   I am back though.  A couple dollars in my bank account, a new sense of usefulness, and determination that is back where it belongs.  I am making things happen.

Race changes will be posted soon!
Posted by Cara at 7:50 AM