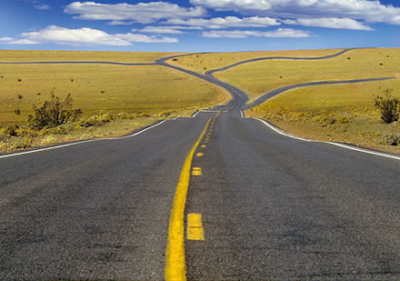 Like my mother before me, I have spent my life fighting with my weight.  My mom spent most of her adult life weighing over 300 pounds.  In 1998, she had gastric bypass surgery.  I was living in New Jersey at the time, and my younger sister in Utah, both of us in college. She waited until we were both gone, and then she told us over the phone that she was going into the hospital for a routine gallbladder procedure.  She spent the next few weeks recovering on her own.

When I returned to Colorado a year later, she had shed over a hundred pounds.  My arms fit around her waist.  She was dating and happy and glowing.  She and I summited Pikes Peak together that following summer.  She said to me, "I have spent the past 20 years staring at that mountain, and now I'm going to climb it." And she did.  We did it together, and for the first time in my life, I experienced the joy of doing something active with my mother.  We celebrated afterwards with a margarita. She had about four sips of hers, claiming that the surgery caused her to get tipsy very easily, and so I finished mine and hers, as many 23-year olds are wont to do.  Surgery or not, I had never seen my mother finish a cocktail in my life.  She had never had an interest in alcohol, never drank more than a half glass of wine or a sip of someone's beer. Her addiction had always been food.

Two years later, I moved to Denver from Colorado Springs, and my mother moved several hours south to a ranch that her new boyfriend owned. We lived about five hours away from each other.  A couple years after that, things started to seem wrong when I spoke to her on the phone.  She would call and would seem drunk.  But she didn't really drink, so in my mind, that couldn't have been it.  She would slur her words and repeat things she had just said.  She would have no interest in my life and would cry giant crocodile tears over what seemed to be nothing.  It happened occasionally at first, and then it happened every time I talked to her in the evening.  And then it would happen in the morning, in the afternoon, and on a random Tuesday night.  It was a cocktail of wine and painkillers, and she was a full-blown addict within the span of a year.  My sisters and I couldn't even grasp what was going on because it just didn't make sense.  We had grown up with a hilarious fat lady with beautiful amber eyes who was smart, extremely articulate, and who had a million friends and a food addiction that, while soothing to her, never altered her personality and perception.

My mom was killed in a one-car accident on September 3, 2006, exactly one month after my 30th birthday. She was 53. She was under the influence of alcohol and painkillers, missed the turn a quarter of a mile from her ranch, and broke through the guardrail above a big ditch.  She was not wearing a seatbelt, and was thrown from her Hyundai Tucson, which then landed on top of her.  Someone performed CPR in the ditch.  They called flight-for-life, but then cancelled that and called the coroner instead.

With the exception of to my fiance and a couple of close friends, that is the first time I have actually explained what really happened that night. And now it's out there for everyone to see.  I always told those who asked, and some who didn't, that my mother was killed in a car accident and left it at that.  I didn't want to tarnish the fact that she had been an amazing mom and let that last 18 months of her life be what was remembered.  It wasn't who she really was, and people thinking that just about kills me.

Three months later, I found a transcript of an old Oprah episode with Carnie Wilson talking about her own Gastric Bypass surgery and the resulting alcoholism that followed.  They gave it a name, addiction transference, and revealed that up to 30 percent of gastric bypass patients suffer from it.  It was the first time that I had an explanation.  It was the first time that I could understand that the severe and fast onset of alcoholism didn't come out of the blue.  It was the first time that I could see it from her side.  All I wanted was to have my fat mom back and throw the surgery out the window.  I would take her under my wing if I could have her back and we would go to the gym and learn to eat right and have our own little home version of The Biggest Loser.  I wouldn't let her go under the knife.  I would stop her and we would fix it the right way.  I would even give back the moment of watching her reach the summit of that 14 thousand-foot mountain.  But of course, those things are just wishful thinking.

Following my mother's death, I spent many evenings comforting myself alternately with beer and ice cream and cigarettes until I felt tipsy and full instead of sad and empty.  This went on for months. In what anyone who has taken a college psychology class could recognize as a Freudian disaster, I was self-medicating in the same messed-up ways that my mom had her entire life. A year later, I was still sad and angry, and I weighed 254 pounds which just made me sadder and angrier.

Now it is three and a half years after my mom's death.  I am back to being myself for the most part.  I feel happy and contented and like I deserve to be liked again.  I lost 47 pounds, but found a few of them this holiday season (you can read about how I got started here).  I took up running and cycling and sprint triathlons. I am marrying the love of my life in June.  I feel so much better, but I also feel a little unsettled.  I still need to lose 35 pounds, which is one thing.  But what really leaves me a little antsy is that I am letting my mother's memory (you can read stories about her here) slip away without learning anything from what went wrong. Obesity is dangerous, but the desperation to fix it quickly is more so.  I want to prove that anyone can start on this journey, begin exercising, eating right, quitting smoking, getting the help needed to conquer addiction, and you don't have to be a super-hero to do it.  I am certainly no super-hero.

and I will do all of these races to raise money and awareness for obesity prevention and, following in the footsteps of the Biggest Loser television show, to prevent hunger here in my Denver community.  There is a certain irony, I think, in that hunger and obesity are both real problems in our entire country.   Along the way, I'm going to lose my extra baggage, too, both the physical baggage that shows on the scale, and the baggage attached to the constant thoughts that my mom died in vain, because I didn't understand her problem enough to try to help.  I will do it for me, for my mother, for my sisters, for my future children, and for people out there who feel like there is no other solution but to be cut open and have the insides of their bodies and minds altered.  There is a better solution.

Stay tuned for my list of races and charities, as well as a review of my first race.
Posted by Cara at 1:30 PM