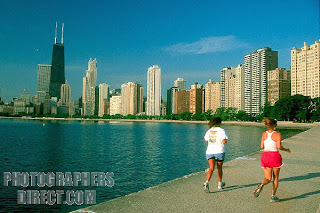 August was an AWESOME month.  I was kind of nervous about doing three sprint tris in four weeks, but it was actually so much fun.  I finally broke two hours at the Creek Streak Tri, owing it mostly to my better bike time and some improved transitions.  Two hours is super slow for most of you out there, I'm sure, and sometimes I find myself feeling kind of bad about it.  And then I remember that my first race took me 2 hours and 25 minutes, while I weighed in at 240 pounds and was still a smoker. Seriously, I have to force myself to really look at it sometimes, rather than comparing myself to others.  I have come so far.

While my tri run times are still super slow (my legs never switch well between bike and run... must work on that next year) my marathon training schedule is a go, and I am running and feeling better than ever!  It is so nice to finally be able to actually go out and run for a few miles without stopping to breathe every few minutes.  I'm not sure what caused the change, (am I finally...gasp...in shape?) but I am loving it.  My new training program is also the best I have used.  I finally ponied up $30 to buy a program instead of trying to struggle through the free ones from Runners' World or Women's Running.  They are good programs, but I was just a bit below what their version of "beginner" was.  I kept pushing myself to try to meet those standards and ended up hurt instead of progressing.  I bought the Active Advantage half marathon training program and it is the best thing that has ever happened to me.  Something about the way they place the easy runs and the speed work and how the program is mostly based on time instead of distance really works well for me.  I am still covering all the miles I need to, but I am doing it at my pace and actually improving instead of writhing in pain, not to mention really looking forward to my runs. (ok, most of the time)  The program also gives you an online calendar that lets you switch the color and status of your workout from planned (orange) to completed (green.) For all of August, I left only two orange spaces on my calendar; I am going for all green this month!

On deck are two half marathons in October.  Denver Rock and Roll on 10/17, and then one I am really looking forward to on 10/30, the Hoover Dam Half Marathon.  I had plans to be in Las Vegas that weekend anyway for a good friend's bachelorette weekend, and I figured why not?  That is one of the coolest things about running.  I have been to Las Vegas a million times, but never seen the Hoover Dam, now I get to run along it and keep training while enjoying a little vacation time afterwards!  I can't wait!  In the meantime, my esteemed husband and I also have two bike races on the calender for September, 50 miles in Boulder on the 12th, and 25 for the Tour de Vineyards on the 18th (with the awesome Winefest afterwards as a prize). Major cross training, if you ask me.

This week, Mike and I are headed to Chicago, one of my favorite places in the world, for a wedding leaving bright and early tomorrow morning.  I am so excited to run along Lake Michigan tomorrow and Saturday.  Saturday's run is and hour and 35 minutes at easy pace.  It'll probably feel a little better at sea level, so I am planning on kicking butt.

That is my update for now, and I will try to be back ASAP, now that I don't feel like such an injured downer!  So excited about the fall and my races and EVERYTHING, even with all the craziness.  Here's something fun to share, my two new favorite running songs:

Coal War by Joshua James
G.R.I.N.D. (Get Ready It's a New Day)  by Asher Roth