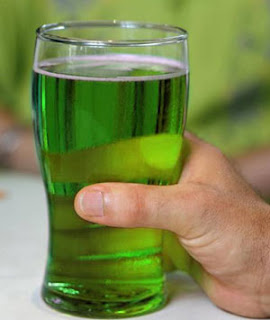 It has been a few too many days since I last updated.  Here are some highlights.

I ended up missing the DAM run 5k because I was still really sick.  While I was super disappointed, I know missing it was better for me than forcing it while sick and then probably paying the consequences later.  I was able to run the St Patricks Day 5k in Colorado Springs this past week, though, and I will post a race review at the end of this.  I will also find another 5k to tack on to my list so that I am still meeting all my goals!  As for right now, I am really pushing myself for the next half marathon I have coming up in just 8 short weeks!  I think I will be ready!!

I did three full weeks off of gluten and found some pretty good results from it.  I am spending this weekend on my annual Girls' Ski Trip with all of my friends indulging in some beer and junk food, and then it is on the gluten free diet for the rest of the year while I am training.  Plus, I need to continue with my wedding dress program so that I can be a hottie bride in three months. I figure that Girls' Ski Trip will just be my one last hurrah. :)  Fair, right?

The Good- The weather was the most perfect running weather you could ask for.  It topped out around 55 degrees but was a perfect 40 for the start.  It was a great size crowd, and was so fun to run through my hometown, especially after not having spent much time downtown since it was my stomping grounds in my early twenties.  This was a nice flat course and they gave a great St Patty's Day green tech tshirt that is one of my favorite ones I have ever gotten.  I ran better than I thought I would after being so sick, but purposely took it slow, and after three weeks off of gluten, there was a big difference in my breathing.  I ran basically snot-free with no need for the giant wad of tissues that I always stuff in my sports bra.  Wow!

The Bad-
While I was purposely trying to take it slow, it was still a finish in just over 37 minutes.  I didn't mean to go quite that slow.  The only other bad thing was that they did not furnish this race with a water stop and water at the finish line was hard to come by.  Not that it is totally necessary for a 5k, but if I had known that, I probably would have grabbed my water bottle to run with, especially since my throat was so raw still.  Even with a 5k, I like to get a little sip of something halfway through.

The Resolution-
After this race, I really felt great.  For the first time in a long time, I saw the light at the end of the tunnel and have realized that I may be able to treat my breathing issues with nutrition.  I am also looking into breathing exercises and ways to really get control over it when I get that feeling of my throat closing up.  Onward!  Can't wait for the next race!
Posted by Cara at 9:21 AM