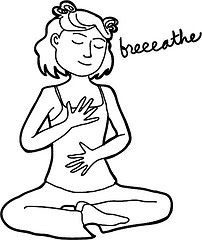 Things have been a little hectic around the ole' 5-4-3-2-1 front, but things are also going really well.  After a weekend mountain trip that involved a few too many beers and calories and almost no physical activity besides dancing with all my girlfriends, (the snow was horrible, so no skiing) I came back refreshed and ready to embark back on my nutrition and training plan, and it has really been paying off.  Being back off gluten has thus far made a decent difference in my ability to push past my breathing issues.  My runs are more satisfying when I don't have to stop every ten minutes to catch my breath and blow my nose.  I am still struggling a little bit, but it seems much easier to get control over.  We shall see what the future holds, but it is looking better so far.  Baby steps.

My weigh-in today was down a couple pounds and that made me feel great.  In addition to losing the weight to be a faster runner and feel good about myself, it is really making me feel better about my wedding in 10 short weeks.  I am busting my butt to get OUT of the 200s by then.  That will be huge for me.  The part about me no longer being huge, I mean. :)

Right now, I am a little nervous about the next big race.  The Colfax Half-marathon is coming up on May 16.  It is getting close, and I really don't feel prepared.  I am just going to truck through these last few weeks and work as hard as I can and do whatever I can do.  It will be my first longer race at altitude, and I haven't even ever met my goal at sea level.  I am just staying positive.  As long as they don't sweep me off the course, and I finish, then I am way ahead of where I was three years ago.  Some days, I can only ask for that.

I am needing to get on the ball with my charities.  I have not been able to get the NFL Play 60 to respond to me, so I am embarking on a partnership with Girls on the Run.  I have done their 5k before and really believe in what they do.  They instill young girls with the appreciation for running to show them what their bodies can do and give them a sense of accomplishment and success by allowing them to compete in a 5k and see what it's all about.  I know that before my first 5k, I had no clue how it all worked and was totally afraid that I would embarrass myself and come in last and that everyone would be staring at me.  These girls get to learn early on how the race circuit works, and so they have the confidence to enter other races and continue to push and challenge themselves.  Last year, at the start of the race, the announcer said to the giant crowd of mostly girls and their parents, "You are about to do what only 10% of the country is brave enough to do, run in a road race"

While I know these sentiments were meant to inspire the crowd of young girls, I took a little of that to heart.  I am very guilty of constantly comparing myself to my friends.  I run in a circle that is comprised of mostly hardcore athletes.  I was never good at sports and have always been a bit awkward everywhere but in the pool. I always felt so embarrassed about my slow running or my horrible skiing because I was surrounded by people who can do those things effortlessly and gracefully and for hours on end.  I guess it's part of living in Colorado, land of the svelte and sporty.  But I let what that announcer said resonate a little bit, and I hope all of those giggly girls did, too.  If they're anything like me, they will need to reflect on that later in life.  Even if I finish dead last, I am doing something that is hard and rare.  However, even with all that reflection, dead last is still not a pretty sight. So, gotta run!
Posted by Cara at 8:40 AM